SANTA CRUZ, CA. April 18,2017, – The median age of today's software developers has decreased overall on a worldwide basis and the number of women developers has increased, according to Evans Data's recently released Developer Marketing 2017 survey report. 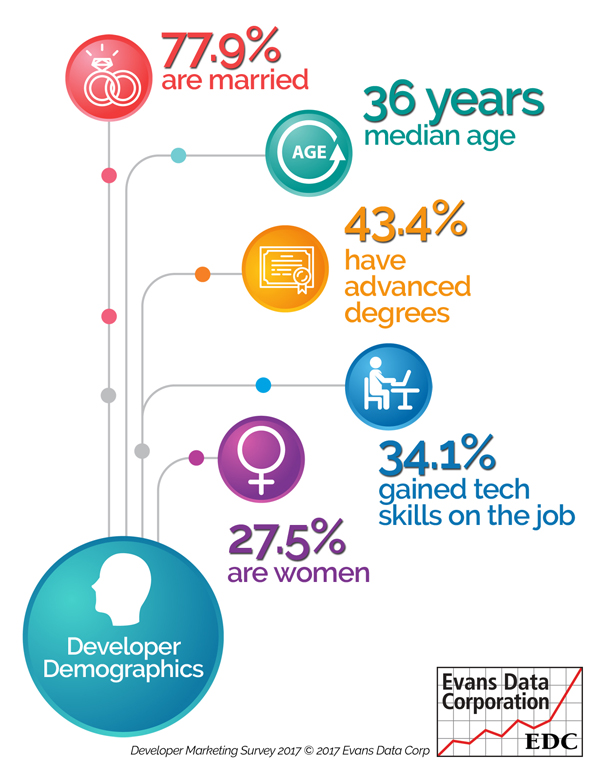 “There has been a concerted effort among major industry leaders to reach out to women in the science and technology innovation fields and encourage them to participate”, said Janel Garvin, CEO of Evans Data. “That effort is really paying off.”

The Developer Marketing 2017 is the 19th annual survey of developers focusing on developer demographics, psychographics, and tactical marketing approaches and methods. It is designed for professional marketers and also covers Developers Purchasing Authority, Outreach, Motivations and Influences, Trade shows, Social Media, and other forms of marketing.